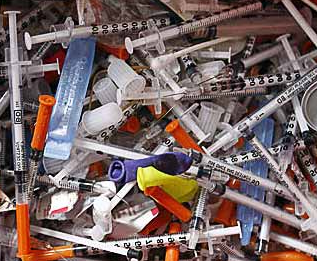 <![CDATA[Against the advice of numerous NGO's and stakeholders, the SA cabinet recently approved the new controversial National Drug Master Plan (NDMP) that promotes the flawed philosophy of “harm reduction”. Various stakeholders sent numerous submissions that requested “harm reduction” to be removed from the new plan, all to no avail. Decisions like these serve to create the impression that the State is pushing the agenda of a small group of activists. Even though the term "harm reduction" appears to be a vague, benign term, within the field of substance abuse and policies to combat it, it has a very specific meaning. "Harm reduction" promotes very specific, controversial ideas like needle/syringe exchange programs where the government provides clean needles and syringes to drug addicts, shooting galleries (safe injection sites) or drug substitution therapy like tax free funded drug hand outs, legalizing the use of dagga, and ultimately legalising all drugs of abuse. At the UNODC’s 52nd session of the Annual Commission on Narcotic Drugs (which still stands), major economies like Russia, the USA and China refused to sign the final resolution if the words “harm reduction” were not removed. The new NDMP claims to promote a so-called “localized” or “South African version of harm reduction” (page 3 of the NDMP). The Plan boldly links two mutually exclusive strategies to fight substance abuse: “harm reduction" on the one hand and on the other hand, the more sensible way of Prevention, Awareness (Education), Supply reduction, Demand reduction and Rehabilitation (Diversion programs and Policing would fall under those mentioned). Although the new NDMP includes some of these strategies in combating substance abuse, its stubborn promotion of the controversial “harm reduction” principles is beyond logic. Whatever the version, the “harm reduction” philosophy remains the same in the NDMP as when used internationally. In Sweden, harm reduction is still only practiced on an experimental level in about 3 out of approximately 3000 districts. Holland has been closing down their so called "coffee shops" where recreational dagga use was allowed because, as explained in a letter from the Dutch minister of Health and Justice: “..This law will put an end to the nuisance of criminality associated with ‘coffee shops’ and drugs trafficking” In a recent report Scotland politicians reacted with fury after figures revealed the widespread use of the drug methadone on prescription in Scottish prisons. The methadone failure rate is 97{01b0879e117dd7326006b2e84bcaac7e8fa1509c5c67baf2c9eb498fe06caff4} and now costs Scotland £30million a year. The number of addicts on Methadone increased 400{01b0879e117dd7326006b2e84bcaac7e8fa1509c5c67baf2c9eb498fe06caff4} in a decade. More people are now dying from methadone than from heroin. Scottish Conservative Chief Whip John Lamont said: ”We have a major problem with methadone in Scotland and it needs to be addressed now. The SNP (Scottish National Party) has lazily parked people on the heroin substitute (methadone), giving them no hope of recovery, and now we are paying the price.” Labor justice spokesman Lewis Macdonald said: "With a large proportion of deaths involving methadone, it would appear that the approach being taken to treatment isn't working properly and fails to prevent addicts combining drugs into lethal cocktails”. Unless the approved NDMP drastically changed from the final draft, under chapter 4, page 68, the NDMP explicitly states that the South African community has not agreed upon what this so-called SA version of “harm reduction” is. “It is premature to make ‘harm reduction’ one of the pillars of the new Plan, while the NDMP goes on and openly admits that it is controversial and needs more discussion first” said Dr Albu van Eeden, CEO of DFL. The SA government cannot even handle offering rehabilitation to the existing number of drug addicts, while the NGO sector carries the bulk of the burden. Yet the government has now approved a strategy that can in effect take tax payer money to hand out free highly addictive drugs like methadone, as well as clean needles and syringes to drug addicts. Safe injection sites were also being considered and will cost the country even more. DFL is disappointed that the SA government has taken the plunge into adopting a weakened and watered down approach of tackling a very real drug problem that has exploded in SA over the past few years. On the other hand, one wonders whether the Cabinet was fully aware of the devastating consequences of the new NDMP when they decided to approve it. This is clearly no time to allow drug addicts to continue in the misery of their addiction by implementing programs that condone drug use. DFL would therefore like to caution government and the public as the outcome of the current direction in which it has decided to try and curb substance abuse could unintentionally rather prove to be harm production. DFL represents more than 1400 medical doctors and specialists, three-quarters of whom practice in South Africa. Since 1991 DFL has been actively promoting sound science in the medical profession and health care that is safe and efficient for all South Africans. DFL has played a leading role in combating substance abuse while chairing one of the 9 provincial substance abuse forums in SA for almost 6 years. For more information visit: https://doctorsforlife.co.za]]&gt; </p>