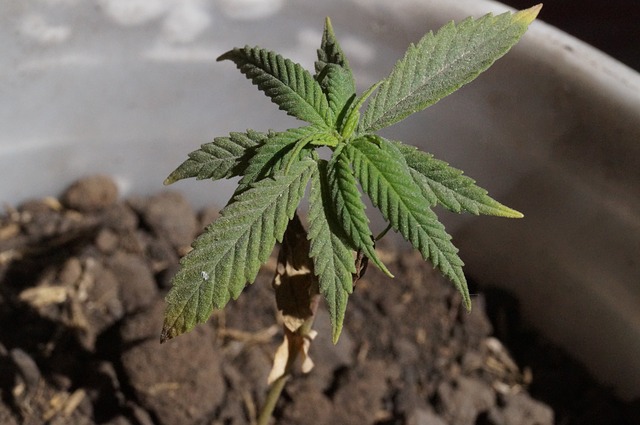 To contain the coronavirus, governments have scaled down society to its bare bones, allowing only essential services to operate. Hospitals. Grocery stores. Takeout restaurants and pharmacies. Things that literally mean life or death.

Does getting high count? Of course, it doesn’t.

Yet several governors have bowed to pressure from Big Weed and added pot shops to the short list. In Colorado, Gov. Jared Polis initially restricted marijuana businesses to curbside or takeout-style service only. It took less than a week, however, before he caved to pot-industry lobbyists and reversed course, allowing full indoor sales to carry on.

Massachusetts Gov. Charlie Baker wasn’t so easy to bend, so last week, Big Weed filed a lawsuit against him, demanding he deem recreational-marijuana businesses “essential” and allow them to operate.

While the industry lawyers are fighting for pot rights, legal pot peddlers are celebrating massive increases in sales. One executive has even gone so far as to claim that marijuana is “recession-proof.” ­According to CNBC, one California-based chain is enjoying a 20 to 25 percent increase in sales.

Given this rise in sales, it’s worth pointing out that a host of public-health organizations have raised the alarm about the dangers of smoking marijuana, or anything for that matter, in the midst of the COVID-19 pandemic. As we face down a disease that targets lungs and the immune system, promoting pot is dangerous.

Today’s marijuana isn’t Woodstock weed. Pot packaged and sold in shops can be up to 99 percent THC, the active ingredient. And those shops don’t primarily serve the sick and dying. Regardless, there are Food and Drug ­Administration-approved, marijuana-based medications still at pharmacies for those people who truly rely on these products to deal with end-of-life care or ­severe illness.

But giving pot shops a free pass at a time like this is the wrong thing to do.

First, smoking or vaping marijuana may make COVID-19 symptoms worse. According to the National Institutes of Health (corona czar Dr. Anthony Fauci’s mother organization), the World Health Organization and the American Lung Association, there are certain groups of people more susceptible to developing a severe case of COVID-19, and among them are those who use marijuana or tobacco.

In a recent blog post, Dr. Nora Volkow, director of one NIH institute, stated that “because it attacks the lungs . . . COVID-19 could be an especially serious threat to those who smoke ­tobacco or marijuana or who vape.” Marijuana smoke is ­extremely harmful to the lungs and has even been found to contain many of the same harmful components as tobacco smoke.

There is even evidence that it leads to the development of chronic bronchitis. Plus, research suggests that marijuana use ­increases the risk of infections such as pneumonia, a condition commonly seen in the most severe COVID-19 cases.

And you aren’t out of the woods if you take edibles, either. THC has been shown in studies to hurt the immune system and jeopardize overall health. In fact, THC can be an immunosuppressant, according to studies.

When a foreign viral body, such as the novel coronavirus, enters the body, your immune system shoots into overdrive and creates proteins that work to destroy the foreign invader. THC works against the body’s ability to create these proteins, giving the viral ­infection the upper hand. The ­result: more severe symptoms or a longer road to full recovery.

The marijuana lobby, concerned only with profits, has now even demanded government-bailout money.

What are they smoking?

Instead of bowing to the ­demands of Big Weed and their well-funded lobbyists, we should be doing everything in our power to mitigate the harms associated with this outbreak. In the interest of the health and safety of Americans, marijuana stores shouldn’t be deemed “essential” — they should be closed. And not a dime of taxpayer money should go to them while they’re reaping record profits.

Finally, we need to discourage dangerous pot use while people are shut in. Prior generations sacrificed far more in times of crisis. We can give up a little pot.