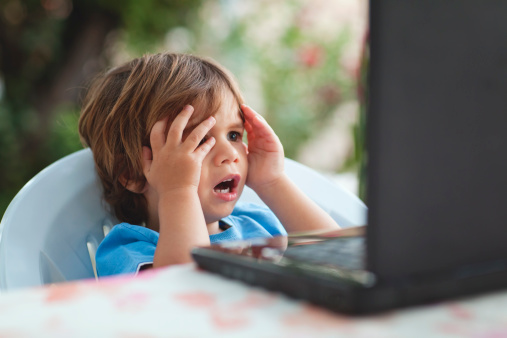 USA – Homeless problem may be triggered by marijuana laws

International Development Secretary Priti Patel said at a Family Planning Summit held in London that the UK Government’s spending on family planning will be an average of £225 million per year until 2022, an additional £45 million a year‎ for 5 years. Ms Patel later confirmed this sum would include the provision of ‘safe abortion’ in developing countries. The London Summit is co-hosted by Ms Patel, Melinda Gates (Bill and Melinda Gates Foundation) and Natalia Kanem (UN Population Fund UNFPA).

Ireland – ‘We can do better’ than ‘killing children before they are born’ Over 70,000 people took to the streets of Dublin, Ireland, to tell the government not to repeal the 8th amendment to the Irish Constitution. The 8th amendment gives an equal right to life to both pregnant women and their preborn children. Pro-life groups in attendance included the Life Institute, Youth Defense, and the Northern Ireland group Precious Life. “This is an incredible, powerful day, when massive crowds of ordinary people turned out to Save the 8th, to say no to abortion and yes to Life,” Niamh Ui Bhriain of the Life Institute said.

The President of the Alternative Medicine Association of Ghana (AMAG), Dr Raphael Nyarkotey Obu, has called for the creation of a ministry for traditional and alternative medicine. He also urged Parliament to expedite action on the passage of the alternative medicine bill which is currently before the house, saying that would provide the legal backing for the mainstreaming of alternative medicine and ensure best practices by practitioners. Dr Obu further asked for the AMAG to be given a slot on the Food and Drugs Board to ensure that quality standards in alternative medicine were enhanced.

According to the MIT Technology Review, a team led by Shoukhrat Mitalipov of Oregon Health and Science University successfully edited a gene for a genetic disease in human embryos which had been created with sperm donated by carriers of the gene. None of the embryos were allowed to live more than a few days. Chinese scientists have published three papers describing how they edited human embryos but found not all the cells had been “edited” and that there were some “off target” effects. According to the MIT Technology Review, Mitalipov’s technique has overcome these difficulties. A report by the US National Academy of Sciences has already green-lighted research on germline modification, provided it is used only for curing genetic diseases.

Charlie Gard, the 11-month-old terminally ill child whose case has dominated international headlines for months, has died in a London hospice after having life-support withdrawn. Gard suffered from an extremely rare, inherited mitochondrial disease called encephalomyopathic mitochondrial DNA depletion syndrome. The typically fatal condition causes progressive muscle weakness, brain damage, and organ failure. His parents had sought to take Gard to the US for experimental nucleoside therapy, but the High Court ruled in April it was in the child’s best interests to have life-support withdrawn. On Thursday a British High Court judge ordered that the child be moved to an unspecified hospice, after no agreement on further treatment could be reached between the boy’s parents and Great Ormond Street Hospital.

The American College of Obstetrics and Gynecology, Committee on Adolescent Health Care has released new guidelines instructing clinicians to discuss contraceptive options in every consultation with adolescent patients as young as 13 and at the very first visit. The document discusses the need to allow adolescents privacy from their parents, and doctors are instructed to ensure patient confidentiality to the extent allowed by State law.

A paper in Nature explains how a team of scientists led by Shoukhrat Mitalipov of Oregon Health and Science University used CRISPR/Cas9 technology to eliminate a gene, MYBPC3, linked to a heart disorder. Stem cell scientist Paul Knoepfler said that the highly-anticipated paper was technically strong, innovative and rigorous – which suggests that other scientists will soon be building on Mitalipov’s achievements. David Albert Jones, of the UK’s Anscombe Institute, penned a withering critique, “Unethical research with eugenic goals”. “The whole rationale for this experiment is to take a step towards genetic modification as an assisted reproductive technology,” he writes. “We are manufacturing new human beings for manipulation and quality control, and experimenting on them with the aim of forging greater eugenic control over human reproduction. This is not a case of using bad means for a good end, but of bad means to a worse end.”

Human-like sex robots have taken the sex industry by storm and will hit the shelves by the end of 2017. The Foundation for Responsible Robotics has raised concerns in a report that the growth of cyborgs could lead to the increase of sickening sex crimes. Kathryn Taylor, of the Salvation Army’s anti-trafficking and modern slavery unit, said androids could encourage sex to be viewed as a “commodity”. Artificial Intelligence (AI) specialist professor Noel Sharkey, said guilt free sex with a submissive robot could encourage objectification, abuse, rape and paedophilia. Some believe that sex robots can help paedophiles who have urges to molest children but, Professor Sharkey, of the University of Sheffield, dismissed such therapy and has called for a ban on sex robots entering the UK.

Australia – The future of pornography in Australia

New law HB989 has opened a Pandora’s Box of controversy for every school district in Florida. Under the new legislation local school districts must now offer an opportunity for residents of their county, whether they have children in the school or not, to challenge the curriculum or textbooks on offer. The new law requires school boards to hire an unbiased hearing officer who will handle complaints about instructional materials, such as movies, textbooks and novels that are used in local schools. If the hearing officer deems the challenge justified, he or she can require schools to remove the material in question.” To guide their decisions the law offers broad suggestions: Materials should be accurate, balanced, non-inflammatory, current, free of pornography and suited to students’ needs.

Switzerland – New strain of Gonorrhoea is resistant to antibiotics

The World Health Organisation (WHO) is warning the public about a “super” strain of gonorrhoea which is spread through oral sex and has become resistant to antibiotics. The WHO’s conclusion on this strain came from statistics of 77 countries worldwide. Cases in France, Spain and Japan have proved incurable and the WHO lists it as the world’s greatest health threat. Gonorrhoea infects the genitals, rectum and throat. WHO spokeswoman Dr. Teodora Wi said “In the U.S., resistance [to an antibiotic] came from men having sex with men because of pharyngeal infection.” Oral sex can transmit several STDs, such as gonorrhoea, genital herpes, and syphilis.

Johannesburg metro police rescued four women aged between 20 and 30 from a suspected human trafficking den in Randburg, Johannesburg. Two Nigerian nationals were arrested on suspicion of holding the women against their will and have been detained at the local police station. The four women confirmed to the police that they were raped and photos of them wearing nothing but lingerie were taken by force. Michael Sun, Johannesburg’s mayoral committee member for public safety has stated that the four women have since been taken to a place of safety by the SAPS after being rescued and one of them has been reunited with her parents.

USA – Homeless problem may be triggered by marijuana laws

Colorado’s homeless population jumped 13{01b0879e117dd7326006b2e84bcaac7e8fa1509c5c67baf2c9eb498fe06caff4} from 2015 to 2016. While some blame pot laws others place the blame on the state’s housing dearth. Though there are no hard statistics to back it up, some people including Charlie Berry who grew up in Denver – says some of the homeless have came to Colorado for legalised marijuana, ‘basically all they want to do is just come here and smoke pot, when you legalise marijuana you open the door to a whole new level of hell’. Since Denver began cracking down, homeowners and businesses on the periphery of downtown say the problem has just moved outwards to where they are located.

US Attorney General Jeff Sessions is reportedly trying to build support to go after companies that sell marijuana in states that have legalised the drug.  However, while the executive branch contemplates fighting marijuana, the legislative branch is taking the opposite approach. Several US Senators introduced legislation that would end federal prohibition of medical marijuana with the primary goal to “Extend the principle of federalism to state drug policy”. That basically means let the states make their own decision instead of having federal government interfere when it comes to legalisation of medical marijuana. The bill would change the Controlled Substances Act in several ways; it would reschedule marijuana and THC (the primary psychoactive chemical in marijuana) as a schedule 1 drug instead of their current schedule 2 status. The legislation would also specifically exclude Cannabidiol (CBD) from the definition of marijuana in the Controlled Substance Act.

President Enrique Pena Nieto has signed a decree legalising medical marijuana. The measure also classified the psychoactive ingredient in the drug as “therapeutic” although the new policy isn’t exactly opening the doors for medical marijuana dispensaries on every corner. Instead it calls on the ministry of health to draft and implement regulations and public policies. Uruguay has fully legalised Marijuana while Brazil, Peru, Chile, Colombia, Ecuador and Costa Rica have made marijuana more available in varying ways for medical or recreational use.