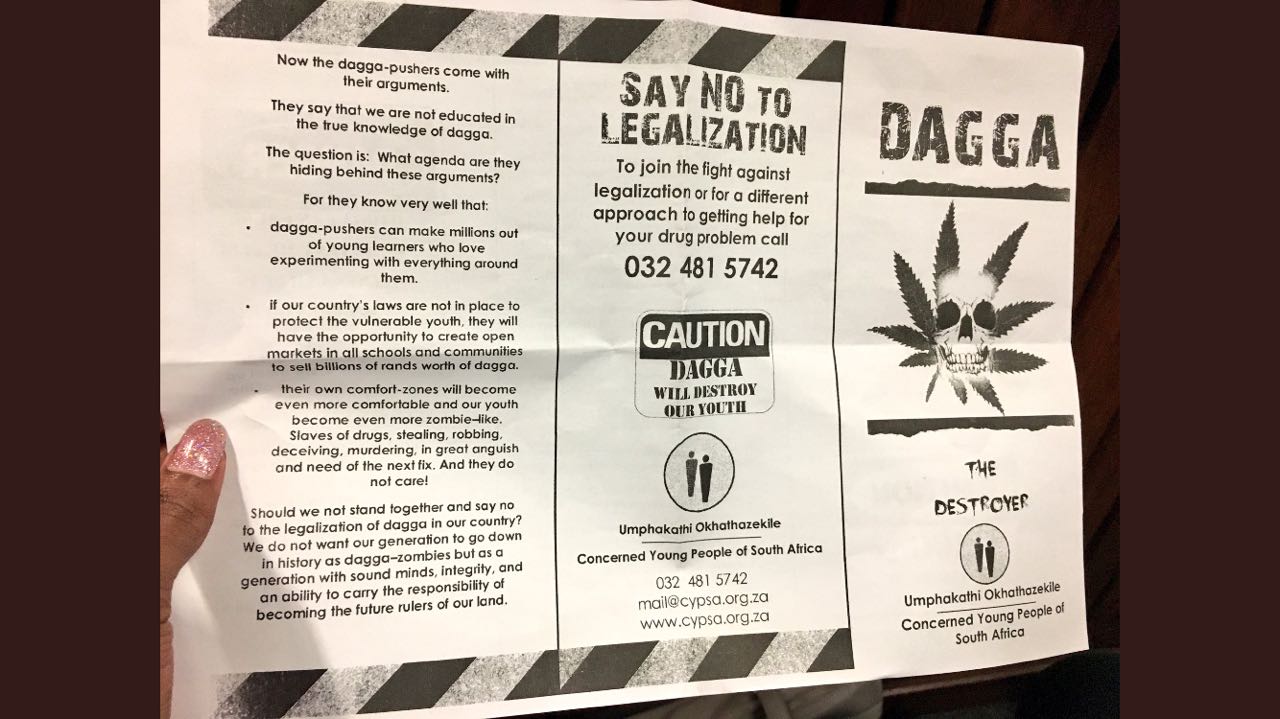 On the first day of the Dagga Court Case, the trial was postponed to Tuesday the 1st of August 2017 for the defendents who are the State government departments and Doctors For Life International (DFL) to obtain the reasons for Judge Natvarlal Ranchod’s decision on Friday 28 July 2017 to allow Fields of green for All (FOGFA) to control the livestream broadcast of the trial. FOGFA is the alter-ego of the first and second plaintiffs, Julian Stobbs and Myrtle Clark, the so-called ‘dagga couple’. The judge made his decision, which has far reaching implications for the State and the trial, without a formal substantive application by FOGFA, which they had always said they would bring. The Judge made his decision on the basis of correspondance only. Neither the State nor DFL are opposed to the mainstream media filming or broadcasting the trial, but insist that FOGFA is not a media entity regulated as the mainstream media are and that FOGFA is not bona fide. DFL has experienced hate speech by the ‘dagga couple’ and on FOGFA’s website. The State and DFL suggested that the trial proceed today, but without broadcasting until the issues can be addressed and the Judge consider the matter with all the facts before him. However, the ‘dagga couple’ did not want the trial to start today because they want it broadcast from day one. The public should not lose sight of the fact that the ‘dagga couple’ were arrested for posession of 1.87 kg of dagga worth roughly R500 000. The crux of the matter is that the presumption is on their own version they are drug dealers. The courtcase is not in fact the “trial of the plant”. It is about the plantiff’s trying to escape the consequenses of the law by having dagga removed from the list of dangerous and undesirable addictive substances, regardless of the destructive consequences of this psycho active drug. The ‘dagga couple’ is not acting in the best interest of South African society and particularly not our youth, the disavantaged, downtrodden and the socio-economically oppressed rural communities where dagga is rife. Doctors for Life International represents 1500 medical doctors and specialists, three-quarters of whom practice in South Africa. Since 1991 DFL has been actively promoting sound science in the medical profession and health care that is safe and efficient for all South Africans. For more information visit: https://doctorsforlife.co.za]]>