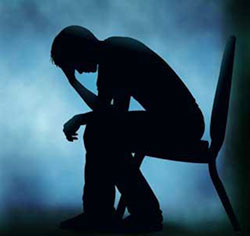 <![CDATA[ <h2>Media Release Embargo: Immediate release Date: 2016-05-19 Enquiries: Vaughan Luck Cell: 078 748 9884 Office: 032 481 5550 Email: [email protected] South Africa seems to be going in the opposite direction to the rest of the world on the issue of decriminalizing prostitution, meanwhile in South Africa it seems to be gaining momentum and the question Doctors For Life International would like to ask is… “Why?” Billboards put up by the Department of Health in Gauteng a few months ago said “I like to give my clients pleasure, not HIV”. This implies that being a prostitute is a joyful, meaningful experience, given by a lady wanting to provide an all-important service to her client. Isn’t prostitution illegal in South Africa? DFL urgently appeals to the government take a more official and visible stance towards the total abolition of prostitution in order to ensure that our teenagers from the most impoverished communities that flock to Durban, Cape Town, Johannesburg and other cities, seeking out a better life don’t see prostitution as a viable option of employment. Why would a government that is supposed to have the best interests of its people at heart want to make it acceptable to sell themselves, for sex, on a street corner or under the control of a ruthless pimp in a brothel; to make sexual exploitation, violence and paid rape legal. DFL recommends that a few MP’s from government put themselves in the prostitute’s shoes before making any decisions on whether it should be an option as a profession. The Deputy President said not so long ago that the government wants to start a program to hand out condoms to prostitutes. There is no “condom” for Post-Traumatic Stress Disorder. Condoms are already freely available. This is not going to protect sex workers from physical violence, rape or mental conditions. Numerous studies have shown that programs to promote safe sex practices are notorious for failing in their objectives; 1. There are many STD’s that are transferred by skin contact not body fluids alone. 2. Poor mental health and self-esteem as well as drug habits may actually undermine their motivation and ability to adopt safer sex behaviours. If you feel worthless why bother to protect and look after yourself. 3. Decriminalizing prostitution creates a buyer’s market rather than a seller’s market. Competition for customer’s increases. Consequently, sex workers desperate for cash would be open to offers of more money for unsafe sex practises. There is a reason why more prostitutes suffer with PTSD than war veterans returning home from war (80{01b0879e117dd7326006b2e84bcaac7e8fa1509c5c67baf2c9eb498fe06caff4} compared to 69{01b0879e117dd7326006b2e84bcaac7e8fa1509c5c67baf2c9eb498fe06caff4}) and it is not because of the “perks of the job” that’s for sure. Buying a slave a mattress so the slave doesn’t have to sleep on the floor does not take away the fact that the slave is still a slave. No wonder people worked so hard for the total abolition of slavery. Prostitution is illegal in over 90{01b0879e117dd7326006b2e84bcaac7e8fa1509c5c67baf2c9eb498fe06caff4} of the world. Those countries where it has been decriminalized are seeing increases in child sex trafficking and HIV rates and are now pushing for the abolishment of prostitution completely. Germany, for example, has over 400 000 sex workers now, more than half of these workers are from other countries and are there illegally. This is a dramatic increase compared to before it was legal. South Africa has over 150 000 adult sex workers and over 38 000 child prostitutes according to the 19th edition of the South African Health Review. France recently made the buying of sex illegal in an effort to abolish the selling/trafficking of women into sexual slavery. It is just one of a list of countries making prostitution illegal. Pro-decriminalization groups see SA as an easy target, due to the lawless perception we are portraying to the rest of the world. Bribery and corruption seem to have become pillars of South African society. In New South Wales (Australia) where prostitution is legal it is reported that about 10{01b0879e117dd7326006b2e84bcaac7e8fa1509c5c67baf2c9eb498fe06caff4} of the total incidences of STI’s was prostitution derived. This is in a state where less than 0.06{01b0879e117dd7326006b2e84bcaac7e8fa1509c5c67baf2c9eb498fe06caff4} of the females were regularly employed as prostitutes and only 4-5{01b0879e117dd7326006b2e84bcaac7e8fa1509c5c67baf2c9eb498fe06caff4} of the male population were regular customers. This indicates a considerable impact. If you translate those figures to SA where prostitution is rife it demonstrates how making prostitution legal will only help in the further spread of HIV and Aids. To say that by decriminalizing prostitution you are helping is a paradox. The violence against women will not stop, rape will not stop, being held as a sex slave by a pimp will not stop, as can be seen in the comprehensive study; “Prostitution and Trafficking in 9 Countries-An update on Violence and PTSD”. All decriminalization does is say that this now becomes part of the job description. There is a big difference to being able to report rape and stopping it from happening all together. The only way to protect our women and children from prostitution is to stop prostitution from becoming acceptable as a career choice, after all none of us would ever want our children to come home and say; Mommy, Daddy I want to be a prostitute when I grow up.

Doctors For Life International is an association of more than 1600 specialists and medical doctors. Doctors For Life endeavours to promote public health by upholding sound science in the medical profession. For more information, please visit… www.doctorsforlife.co.za