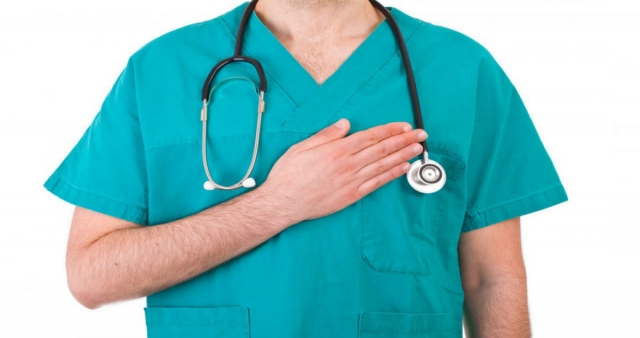 UK – Government not about to legalize medicinal Marijuana for pain medication

A new study was published in the Journal of American Physicians and Surgeons last year December, the main Author is Dr. Priscilla K. Coleman, a Professor of Human Development and Family Studies at Bowling Green State University USA. The online survey of 987 women with a history of abortion, revealed how they suffered a variety of psychological effects such as shame, anger, regret, depression and suicide attempts all which they attribute to their abortion. Some woman suffered damaged relationships with their husbands and children because of the anger and regret. Many other women said their abortion stimulated changes in their life that inclined them to become part of the pro-life movement. http://www.jpands.org/vol22no4/coleman.pdf [back to top]

n 2013 Tasmania passed a Reproductive Health Bill that permits the killing of unborn babies. Health Minister Michael Ferguson has been vocal in opposing abortion since then and has joined church leaders to protest and oppose the bill. Their ongoing effort has lead to the closing of the last abortion clinic in the state after 17 years. http://www.abc.net.au/news/2018-01-13/tasmanias-only-abortion-clinic-closes/9325194 [back to top]

In early 2002 Wesley Smith was invited to offer an opening keynote speech against euthanasia at a South African bioethics conference. All of these years later, I am pleased to report that, The World Medical Association (WMA) African region has called for strengthening of palliative care for patients with terminally ill ailments across Africa. The president said the African region rejected physicians assisted suicide and euthanasia, describing them as contrary to the physician’s oath. It is good to know that African doctors have not forgotten the profession’s venerable stand against the active killing of patients. Contemporary doctors in the West could learn from their African colleagues. http://www.nationalreview.com/corner/456110/african-mds-reject-euthanasia [back to top]

Dr Ludo Vanopdenbosch, a neurologist, resigned as a member in of the Federal Commission for Euthanasia Control and Evaluation due to gross negligence in Belgium’s euthanasia regulatory body. Legislation regarding physician assisted suicide in Belgium provides euthanasia “rights” for patients regardless of mental capabilities. Recently, a patient who suffered dementia was euthanized at the request of her family in spite of the fact that the patient did not reveal any request for euthanasia. Divisions within the medical establishment regarding euthanasia for psychiatric reasons and issues of transparency in health care systems even one as liberal as Belgium, has been brought to the surface despite efforts to make more information available. https://www.bioedge.org/bioethics/belgiums-euthanasia-commission-is-under-fire/12604 [back to top]

A group of scientists based in Edinburgh and New York have grown several human oocytes to maturity in vitro, raising hopes of a solution for women at risk of premature fertility loss. Writing in the journal Molecular Human Reproduction, the researcher team – led by Edinburgh University biologist Evelyn Telfer – describe a method for growing and maturing human oocytes (eggs) within primordial follicles (obtained from biopsies of ovaries) all the way through to oocytes that might be capable of being fertilized. “The novel aspect of this current work is to have joined [several steps of development] into one continuous process”, said Professor Robin Lovell-Badge, Group Leader at The Francis Crick Institute. Essentially, the suggestion is that scientists may be able to grow eggs from ovarian tissue, all the way from early stages to later development stages, ready for fertilization by sperm; and that this process could be achieved outside of the human body. Experts say the research opens the door to a new approach to fertility preservation for women at risk of premature fertility loss – such as those undergoing chemotherapy or radiotherapy. The paper comes in the wake of research into gestation bags for premature neonates and a renewed interest in the development of embryos in vitro. https://www.bioedge.org/bioethics/scientists-grow-human-eggs-to-maturity-in-vitro/12594 [back to top]

A new gene therapy technique that uses high doses of viruses to carry healthy genes to cells recently brought relief to 15 babies suffering from a lethal neuromuscular condition. As the first human trial with high-doses of the AAV9 virus, its success gave a huge boost to the gene-therapy field. “People are going to look back and see this as a milestone in a new type of medicine that’s going to have broad implications for lots and lots of diseases,” one researcher told Science last year. However, those hopes were chilled this week when a leading gene-therapy researcher who was involved in the successful trial also published a study in which high-dose AAV9 infusions severely affected animals. Three young rhesus macaque monkeys developed liver failure and three piglets had motor neurone damage. Some of them had to be euthanized. The cause was not immediately apparent. R. Jude Samulski, of the University of North Carolina, told MIT Technology Review that the combination of scientific ambition, technological advances, desperate patients, and potential financial windfalls could lead again to disaster. “It would be very naïve for our community to assume we won’t have toxic effects,” he says. https://www.bioedge.org/bioethics/enthusiasm-for-gene-therapy-cools-after-animal-tests/12591 [back to top]

Baroness Jowell, who is suffering from a malignant brain tumour known as glioblastoma, addressed the House of Lords arguing that the approval process for cancer treatments needs to be quicker, and advocates the use of what are called “adaptive clinical trials” to test cancer drugs. They do this by taking a more flexible approach, allowing multiple drugs to be tested within the same trial. As a result, drugs that hold promise can be rapidly identified and tested, while other less effective drugs can be discarded. Writing in The Conversation, neuropathologist Silvia Marino and oncologist Peter Hall of Queen Mary University described the use of adaptive trials as a “more flexible approach for a new era”: “For patients with rapidly progressing, life-threatening conditions, such as glioblastoma, [adaptive trials] can make the difference between having access to a new drug or not”. But many are skeptical of the proposal. But Indiana University clinician Scott Saxman warned of significant ethical concerns including “loss of equipoise, lack of processes for adequate informed consent, and inequalities inherent in the research design which could lead to perceptions of injustice that may have negative implications for patients and the research enterprise”. https://www.bioedge.org/bioethics/uk-politician-calls-for-quicker-access-to-experimental-cancer-treatments/12582 [back to top]

Jon Venables, one of James Bulger’s killers, pleaded guilty to having more than 1,000 child abuse images and a “pedophile manual “.Venables was sentenced to 40 months in jail. Mr. Justice Edis said, “This case is unique because when you were 10 years old you took part in the murder and torture of James Bulger.” He served eight years for the murder before being released on license in 2001 with a new identity and granted lifelong anonymity. It’s the second time that Venables has been caught with child abuse images. In 2010, he was jailed for two years after pleading guilty to distributing child pornography. A report found that Venables has a “high risk of real harm to children in the future” and a “long-term and profound interest in children,”139 http://mb.ntd.tv/2018/02/07/james-bulger-killer-admits-to-having-indecent-images-of-children/ [back to top]

A Family Association group called ‘One Million Moms’ is protesting and driving a wide-spread awareness campaign, calling on families to resist the publication of pro-homosexual and pro-transgender books for children. The American College of Paediatricians warns “Conditioning children into believing that a lifetime of chemical and surgical impersonation of the opposite sex is normal and healthy is child abuse”. Numerous studies, research and therapists confirm that the lifestyle is harmful on many levels and even more research exists that change is possible. https://www.theblaze.com/news/2018/01/15/one-million-moms-calls-for-scholastic-protest-over-pro-homosexual-pro-transgender-books [back to top]

The new President of Zimbabwe, Emmerson Mnangagwa, said he would focus on repaying debts, embracing the international economy and modernizing infrastructure. However, the President shares Ghana’s views on homosexuality and said in an interview with CNN that it is not his duty to campaign for LGBT rights and that “In our constitution it is banned and it is my duty to obey my constitution.” http://www.towleroad.com/2018/01/emmerson-mnangagwa/ [back to top]

A former prostitute says the more money that you charge the more you are expected to do. Gwyneth Montenegro a former prostitute had slept with over 10,000 men. She has revealed that she had the problem of physical violence. The glamorization of the industry leads women to believe becoming a prostitute will afford them a life of luxury, when that reality is far from the truth. The biggest problem with the portrayal of prostitution and escorting in the media is polarizing. She also said: “I will never forget that sickening feeling, deep in the pit of my stomach, as I waited the results from a series of STD tests. What had I done with my life? Why had I been so foolish?” http://www.independent.co.uk/life-style/sex-worker-prostitution-escorting-escort-services-gwyneth-montenegro-glamour-media-tv-films-secret-a8184791.html [back to top]

Netherlands – Aspiring prostitutes Can Now Get a Certified Diploma

A new Dutch organization by and for sex workers in collaboration with the city of Amsterdam has officially opened The School for Amsterdam Prostitutes. The new institution will provide a 4-month course for aspiring prostitutes from all over the world. The course offers “sexual knowledge” for its participants. The cost for enrolment will be 400 Euros. This is in large part due to subsidies by the city of Amsterdam and volunteer teachers. http://www.amsterdamredlightdistricttour.com/news/school-for-amsterdam-prostitutes-opens-its-doors/ [back to top]

Not everybody is happy with the arrival of a new school. Due to current Dutch laws there is a big chance that the world famous cannabis/coffee shop, ‘The Bull Dog’, will eventually have to close its doors. The so called “distance rules” ordains that coffee shops within a 250 meter range of a school should be closed. The School Of Amsterdam Prostitutes will be located 249 meters from cannabis store. http://www.amsterdamredlightdistricttour.com/news/school-for-amsterdam-prostitutes-opens-its-doors/ [back to top]

UK – Government not about to legalize medicinal Marijuana for pain medication