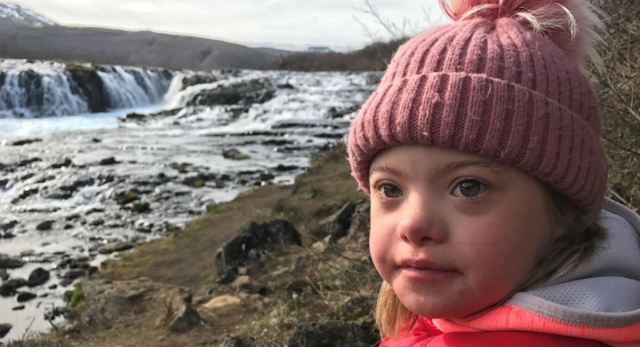 A recent study published in the Journal of the National Cancer Institute said patients who chose alternative therapies double their risk of death. The researchers on the study gathered information from 840 patients diagnosed between 2004 and 2013 in the National Cancer Database. The team found that patients who received alternative medicine had a two and a half times greater risk of dying during the five and a half year follow-up period than those who chose conventional methods.  Dr. David Gorski, a surgical oncologist at the Barbara Ann Karmanos Cancer Institute says the new study has “limitations,” including the possibility that the use of conventional medicine is likely to have been under-counted since some patients who choose alternative medicine ultimately, “come back to conventional medicine.

Asia – Use of alternative medicine does more harm than good

When a mysterious illness strikes people may become more open to using complementary and alternative medicine to get well. Two recent studies done in Singapore led by Dr Manjari Lahiri, author and a senior consultant at National University Hospital’s division of rheumatology show the widespread use of CAM among people and conclude that CAM may sometimes do more harm than good and it delays early treatment of diseases. In the study of 180 patients with early inflammatory arthritis, 74 patients (41 per cent) used CAM before seeing a specialist. The median time from symptom onset to starting the first dose of anti-rheumatic medication was 15.6 weeks for non-CAM users and 21.5 weeks for CAM users.

Dr Tanja Daws from British Columbia claimed that it was “not sustainable” to continue killing people under the law. “It’s not for lack of wanting but it’s financial suicide”, she said. And Dr Jesse Pewarchuk, will no longer be accepting referrals as it is “economically untenable”. Dr Pewarchuk, who has reportedly helped 20 people commit suicide, said: “I unfortunately can no longer justify including it in my practice”. Alex Schadenberg, Executive Director of the Euthanasia Prevention Coalition, has slammed the euthanasia lobby for complaining “that it doesn’t pay enough”. Although they claimed that legalisation of assisted suicide and euthanasia could save more than $100 million per year for the Canadian health care system.

The Netherlands legalised both euthanasia and assisted suicide in 2002 and the data shows an overwhelming preference for euthanasia. Again, like Nitschke (who once said: “There will be some casualties…”), The Co-operative Last Will organisation is frank about the possible collateral damage and realizes that it involves risks. An extreme consequence could be that children give the means to their old and wealthy parents because they want to claim their inheritance. Robbing oneself of life is suicide and elder abuse to death is murder. Who would ever know, but collateral damage it will be. Far from stopping Dutch “right-to-die” types in their tracks, such an acknowledgement seems more about deflecting criticism than it is about protecting Dutch citizens from abuse.

Cyprus – Tandem IVF: anything to guarantee a baby

“Tandem IVF” seems to be the latest suite of techniques to attract older women with low fertility to clinics. One or more embryos created with the older woman’s eggs are combined with embryos created with a donor’s eggs. In this way, even if the mother’s embryos do not survive, the donor’s will and the rate of success will be much higher. Two optional services are offered by some clinics in conjunction with tandem IVF. In cytoplasmic tandem IVF”: the nucleus of the mother’s egg is injected into an enucleated donor egg to rejuvenate it, which is banned in the United States. Second, foetal reduction – if all of the implanted embryos implant and develop the mother might only want the baby from her own embryo, then some clinics offer to abort the baby, or babies, created with donor eggs. Ethically, this is an extremely controversial way of dealing with the issue of multiple births.

A landmark study has reopened the door for xenotransplantation research (interspecies transplants). A team of Chinese and US scientists reported in Science that they had successfully used CRISPR technology to “splice out” 25 porcine endogenous retroviruses from the genetic code of 37 piglets. Scientists now believe that pig organs can be edited to prevent rejection when transplanted into the human body. Co-author Dr Luhan Yang said “We know we have an audacious vision of a world with no shortage of organs, that is very challenging, but that is also our motivation to remove mountains.” The next stage of the research will be to essentially “humanize” the pigs, modifying them enough that their organs can function in the human body.

The Australian Health Practitioner Regulation Agency (AHPRA) is investigating claims of an “underground network of anti-vaccination doctors” that have “helped hundreds of families avoid compulsory immunizations”. In 2016 the Government introduced controversial legislation making access to childcare services and welfare payments conditional on the vaccination of children. Dr Margie Danchin, Senior Research Fellow at the Murdoch Children’s Research Institute, said that the current system is placing severe pressure on doctors and families: “What we need is fairer polices that are less punitive that remind and encourage all parents to vaccinate, whilst retaining non-medical exemptions but making them very hard to get! That is, an exemption signed every year by the families’ GP stating their reasons not to vaccinate.”

Uganda has one of the strictest anti-pornography laws in Africa and has set up a nine-member pornography control committee to wage war on the spread of pornographic material in the country, which has been blamed for the spread of HIV and a high dropout rate for girls in school. The committee will not only raise awareness about the dangers of pornography but it will also set about destroying adult material and apprehending anybody in possession of pornography, which could be met with a jail sentence of up to 10 years. The legislation covers a range of issues like child pornography, pornographic publications and even suggestive music videos and revealing clothing.

USA – Exposing the connections between forms of sexual exploitation

Dawn Hawkins from the National Centre for Sexual Exploitation met a young girl who shared with her that after sending her boyfriend sexts that he threatened to share the sexts with her parents, teachers, and friends if she didn’t do as he instructed. He went on to sell her for sex again and again to his friends and strangers. The use of sexting and so-called revenge pornography as a form of sexual extortion is sometimes a tactic used by traffickers. In the Journal of Adolescence it indicated that, “Offline sexual coercion was significantly associated with sending and being asked for a naked image, as well as receiving a naked image without giving permission”. This demonstrates that sexting is sometimes “an online extension of offline forms of sexual coercion”.

Scottish Government figures show 2,507 people required hospital treatment for overdosing on opioid drugs in 2016, equating to nearly 50 a week and 133 more than 2015. This makes it the highest number since records began in 1999. Figures also show 867 drug deaths in Scotland last year, a 23{01b0879e117dd7326006b2e84bcaac7e8fa1509c5c67baf2c9eb498fe06caff4} increase on the previous year and the worst figure on record. Opioids were implicated in, 765 (88{01b0879e117dd7326006b2e84bcaac7e8fa1509c5c67baf2c9eb498fe06caff4}) of these deaths. Scottish Conservative health spokesman Miles Briggs said: “We need a new strategy urgently to help these vulnerable people beat this lethal habit for good.” Scotland’s harm reduction approach of providing free long-term use of methadone to heroin addicts has been widely criticized as merely “parking” heroin addicts on methadone. This so-called substitution therapy is costing Scotland tax payers millions of pounds a year.