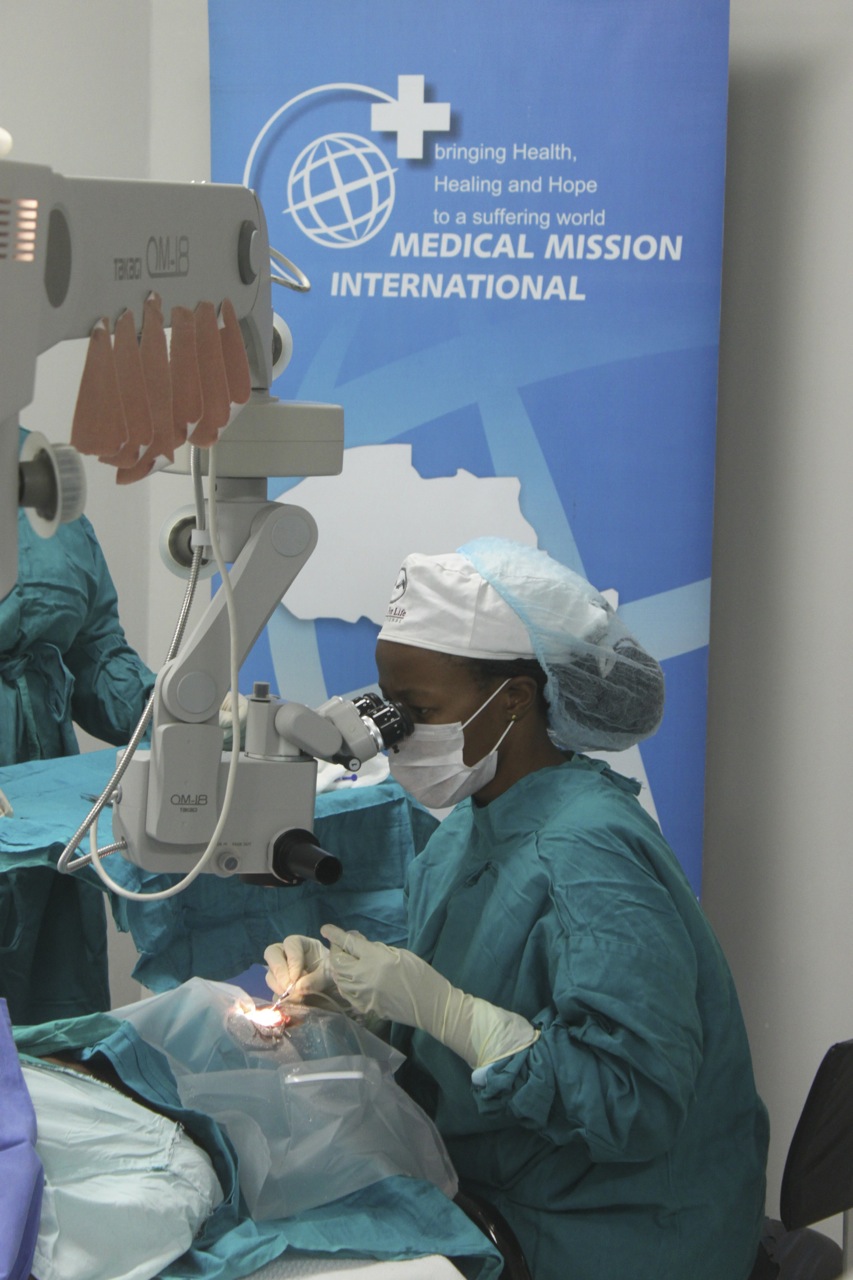 There is only one abortion clinic left in the Kentucky and Gov. Matt Bevin is working to end access to abortion in the state. EMW Women’s Clinic is in violation of regulations that mandate the clinic obtain ambulance and hospital admittance privileges from a local hospital. “The Bevin administration is working diligently to protect the health, welfare and lives of women in Kentucky,” state spokesman Doug Hogan said, adding that the regulations are not new and have been in place since 1998.

The Legislative Council of the New South Wales parliament was brought to a shocked silence as one of the largest official parliamentary petitions in its history was tabled by the Hon. Greg Donnelly. The petition with 56,559 signatures opposed the Abortion Law Reform (Miscellaneous Acts Amendment) Bill 2016. The Bill aims to “repeal offenses relating to abortion, to specify a ground of unsatisfactory professional conduct by a medical practitioner with respect to abortion, and to establish exclusion zones in order to prohibit certain behaviour near premises at which abortions are provided.” “It was much bigger than expected. I never thought we would get that many. We were really hoping to get 10,000” said petition coordinator Rebecca Gosper from Youth For Life.

UK – Charities may have to prove complementary therapies work

UK charities that provide complementary and alternative medicines fear losing their charitable status over possible measures that will raise the bar for proving their therapies work. “We think it’s great the charity commission is looking at this issue,” says Tracey Brown, director of the campaigning group Sense about Science.” So we’re very interested in a peer-review system using existing medical standards bodies such as the royal colleges to help the commission to evaluate.” Complementary providers argue that it’s unfair to be judged purely on evidence in mainstream medical journals, as demanded by the Good Thinking Society.

The Human Fertility and Embryology Authority (HFEA) has announced an investigation into UK IVF clinics as women are being pressuring into donating eggs in exchange for free IVF treatment. In one case, a doctor said a Daily Mail reporter could trade her healthy eggs for cash and use the money to fund her own IVF treatment. In other instances reporters were told by nurses that an egg “isn’t a baby” and that donating gametes was “just like giving blood”. IVF pioneer Lord Robert Winston said that the women in question were “under duress” and that they “cannot appreciate the consequences of what they’re agreeing to”. “These patients are vulnerable and anxious and likely to be worried about money”, he said.

USA – Two doctors charged with FGM in US first

In a US first, two Detroit-based Muslim doctors have been charged with carrying out female genital mutilation – a crime under federal law that carries a sentence of up life imprisonment. The doctors allegedly carried out FGM on two young girls at a small private medical clinic in Michigan in February. Both doctors are members of an Indian-Muslim community known as Dawoodi Bohra, a group known to practice FGM. The girls said that they were told they were receiving treatment for “tummy aches”. Acting US attorney Daniel Lemisch said in a statement. “The practice has no place in modern society and those who perform FGM on minors will be held accountable under federal law.”

The National Academies of Sciences, Engineering and Medicine are strengthening their conflict of interest policy after authors of two major reports failed to disclose industry links. A 2016 review published in Plos One found that 6 out of 20 panel members of a report had one or more undisclosed reportable financial conflicts of interest. This followed a 2014 analysis by MedPage Today of a 2011 study by the Institute of Medicine on managing chronic, pain where 9 of a 19-expert panel had connections to companies manufacturing narcotic painkillers. In response to the damning reviews, The National Academies said it will now publish disclosures of conflicts of interest of the scientists who author academy reports in the documents themselves.

USA – Conscience wars intensify in the US

An article on conscientious objection in the New England Journal of Medicine has sparked outcry among conservative bioethicists. University of Pennsylvania bioethicists Ronit Stahl and Ezekiel Emanuel argue that medical societies should “declare conscientious objection unethical” and remove conscience clauses from their codes of ethics, “Objection to providing patients interventions …that the profession deems to be effective, ethical, and standard treatments…are unjustifiable”. Bioethicist Wesley Smith slammed the article, suggesting that opponents of conscientious objection want to “weaponize medicine to impose secular individualistic and utilitarian values on all of society”. Smith suggested that the article is indicative of a concerted campaign to “cleanse health care of all those who would dare to practice medicine in accord with sanctity-of-life moral viewpoints”.

A study, titled ‘The landscape of sex-differential transcriptome and its consequent selection in human adults”, was published in BMC Biology earlier this year. Science disproves the transgender claims of “gender does not match what was assigned at birth”, by uncovering 1,500 genetic differences between males & females which relate to sex organs and surprisingly to the brain, skin and heart as well. The way in which these thousands of genes replicate to make proteins in both sexes is significantly different. Stephen Stathis, a psychiatrist in Australia, is concerned that even children are over diagnosed and should undergo intensive mental screening. Walter Heyer, the author and speaker of several books and an extensive researcher went through sex-change twice and testified it changed nothing. He explains the history of gender reassignment and why we shouldn’t be so quick to push people with gender dysphoria into it. He says that Over 60{01b0879e117dd7326006b2e84bcaac7e8fa1509c5c67baf2c9eb498fe06caff4} of people who desire a sex-change are suffering from co-morbid psychological/psychiatric disorders which are often separation anxiety, schizophrenia, bi-polar disorder, associative disorder, personality disorders or narcissism.

USA – Why are so many lesbians falling pregnant?

The Witherspoon Institute is a research centre located in Princeton, New Jersey. Research from multiple studies and different nations find that pregnancies and abortions are doubled among homosexual men whom have impregnated a women and lesbians, than that of heterosexual peers. If one’s sexual orientation is unchangeable and supposedly “Born that way” like sex, race or ethnicity, then the high pregnancy rates among homosexuals confuse that narrative. These identities called “gay” and “lesbian” seem less clear whether they actually exist in functional reality even though they exist as political or social identities.

Australia – Transgenderism is a dangerous fashion

John Whitehall, a professor of paediatrics at Western Sydney University has been working with children for over 50 years; he makes a few strong points backed up by scientific research. The first point he raises is that courts are consistently saying that hormone blockers are safe and reversible when in fact, the effects have been analysed and reveal a significant reduction in executive brain function. The reason so many young people are wanting to transition is because the media is giving it so much attention and Safe Schools have programs make it seem like it is something brave, courageous and fashionable to go through – and then the children get sucked into that idea which is a difficult state of mind to reverse. Dr. John’s statement is proved by a poll he did on 28 paediatricians with an accumulative experience of 931 years, who remembered only twelve such cases of which two were grossly abused sexually, for a long period. The other ten cases were suffering from co-morbid mental conditions. Today about 250 cases a year are reported. All these ideas of pushing children into transgenderism are conducted and promoted by idea logs – that is, without scientific substance or commons sense. There is, however, evidence that the vast majority of children who are a bit confused about their sexuality will orientate to the sex that they were to determined to have from 6 weeks post-conceptual age, by the time they reach puberty. Dr. Whitehall closes by exposing the dangers of the media and the courts that just go along with these idea logs without questioning them. He reviewed the court cases and mentions a case where one mother there said “I knew my child was transgender because at nine months of age he preferred the company of the opposite sex” these are the statements that are not being challenged by common sense because every nine month old child sits in a nappy and doesn’t know what’s going on.

“Those pushing for legalization of marijuana constantly push the notion that it is no different than alcohol”, wrote Hans von Spakovsky, a senior legal fellow at The Heritage Foundation. He said that “extensive medical studies and the experience of nearly every human culture show that isn’t true – legalizing marijuana is a dangerous idea.” In an op-ed to the Washington Examiner he cited studies including from the National Institutes of Health that have shown that long-term marijuana use impairs the immune system, causes short-term memory loss, and has toxic properties that can result in birth defects, pain, respiratory systems damage, brain damage, and stroke. It may cause cognitive degradation, and is associated with lower test scores and lower educational attainment. It is particularly damaging to the brain development of young people. When it comes to comparing alcohol to marijuana, which pro-pot advocates often do, he said “unlike alcohol, which is broken down relatively quickly in the human body, THC, the main active chemical in marijuana, stays in the body for days and even weeks after its consumption. Equating marijuana use with alcohol consumption is uninformed and misleading. They differ in every way that counts: addictiveness, toxicity, health effects, and the risk of intoxication. All that legalization does is increase demand for the drug and cause a wide variety of unintended but predictable consequences, including more crime, not less” Spakovsky said.

USA – Addiction Meds Are “Substituting One Opioid for Another”

USA’s Health and Human Services Secretary Tom Price said that medications to treat opioid addiction are “just substituting one opioid for another.” His comments about run counter to years of using medications such as buprenorphine or methadone in substitution therapy, called Medicine Assisted Treatment (MAT). When he was asked about drug treatment options, Price recommended faith-based programs while showing less support for substitution therapy programs. “If we’re just substituting one opioid for another, we’re not moving the dial much,” he said. “Folks need to be cured so they can be productive members of society and realize their dreams.”