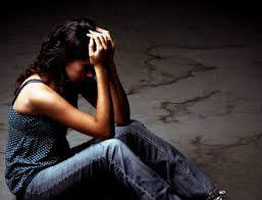 <![CDATA[ <h2>Doctors For Life Media Release Embargo: Immediate release Enquiries: Vaughan Luck Date: 29-06-2016 Cell: 078 748 9884 It has come to the attention of Doctors For Life International that the National Department of Health is promoting condoms specifically to be used by women in prostitution without having aggressive strategies, structures and facilities in place to help such women exit the life of sexual exploitation which is a form of modern day slavery. Nothing is done to arrest and punish the male clients, pimps and brothel owners. To make matters worse, this is being done while prostitution is still illegal in South Africa. Indeed, contracting HIV is a major risk for prostitutes. Lowndes et al. report that the prevalence of HIV/AIDS is 10-20 times greater among prostituting women than in the general female population. Unfortunately, as some researchers have observed, the single-minded approach to combating HIV in high-risk groups tends to obscure and gives official sanction to “the structural factors that shape the context wherein high-risk groups are formed and high-risk behaviours occur.” Behind prostitution is the dark world of human trafficking as woman and children are made promises of improving their lifestyles and instead are being trafficked into sexual slavery. There are countless cases recorded by women who escape slavery and tell how they were deceived and then bound to their slave owners or pimps. Focusing on the prevention of HIV/AIDS only, often downplays the other horrors of the prostitutes’ lifestyle which dwarfs the STI’s. These include high levels of violence and harassment, witnessing violence done to others, isolation from family and friends, losing custody of children, the physical and emotional harm of daily sexual activity, feelings of rejection, effects of drug and alcohol abuse, as well as trauma from childhood abuse, are among the factors contributing to emotional and mental health problems among women in the prostitution. The only true answer is to abolish prostitution from society completely. Despite the clear presence of prostituted children or so called “young prostitutes” and sex slaves called “bonded prostitutes” by the sex industry, while condoms are handed out, the existence of sexual slavery is often only referred to in `politically correct’ articles but that’s where it ends. Registering alarm at the presence of children, or suggesting steps for possible intervention in such situations is not mentioned. Due to the decline in the SA economy, a huge influx of young girls from rural areas in human trafficking is being witnessed. Many resort to prostitution in order to finance tuition fees. The whole “Blesser – Blessee” phenomenon is to a certain extent due to that. Human trafficking is referred to as an easier crime to get into, more so than drug dealing and the arms trade. Thus the objective of reducing HIV, while laudable, has eclipsed not only other health issues among prostituting women, but often blinded some HIV prevention efforts to the violence, exploitation, child sexual abuse and slavery rampant within the sex industry. There are however numerous other health risks for women in prostitution. Researchers have observed common medical conditions including tuberculosis, diabetes, cancer, arthritis, malaria, asthma, anaemia, and hepatitis. In addition, in large peer reviewed studies 24{01b0879e117dd7326006b2e84bcaac7e8fa1509c5c67baf2c9eb498fe06caff4} of respondents reported health problems such as uterine infections, menstrual problems, ovarian pain, abortion complications, pregnancy, and infertility. Other types of health problems included (but were not limited to) gastrointestinal symptoms including ulcers, diarrhoea, and colitis, as well as neurological symptoms including migraine headaches, memory loss, numbness, seizures, and dizziness. The harms of prostitution are not restricted to the conditions in which it is carried out, but as existing in the carrying out of prostitution itself which DFL is witnessing. We are concerned about sexual trafficking victims, but also about women in prostitution for any reason (e.g. poverty, lack of job opportunities, etc.). The South African Government has no structures, facilities, strategies in place to help these girls exit prostitution. Human trafficking, pimps who run syndicates as part of organised crime and the objectification of women and children as nothing more than “sex toys” as are the problem. Turning pimps into managers through decriminalization won’t change that. The only thing that will change that is the total abolition of prostitution in society.