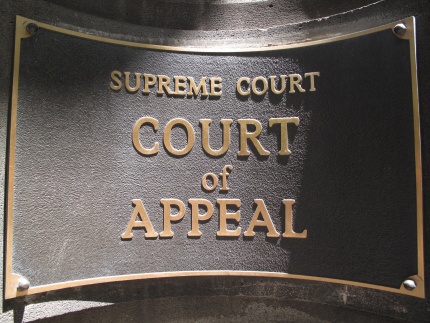 te Reg Willis and Adrian De Oliveria and Arno Bosch from Robin Twaddle Attorney’s. Robert Stransham-Ford died of cancer with no assistance from a physician to help him before this case was even heard in court. Pro assisted suicide groups often try and use people and situations to gain publicity in order to promote a “dignified death” through assisted suicide. For a portion of patients who seek this recourse where assisted suicide is legal, their death is anything but “peaceful” or “dignified” as various studies overseas have shown there are often serious complications. In Oregon between 1998 and 2012, six out of 681 patients regained consciousness after ingesting the lethal medications. One 2004 prescription recipient became unconscious 25 minutes after ingestion, then regained consciousness 65 hours later. Oregon Public Health reports that the patient “did not obtain a subsequent prescription and died 14 days later of the underlying illness (17 days after ingesting the medication).”  Research has discovered that complications are common in assisted suicide, and physicians often have to finish the patient off with a lethal injection. The Royal Dutch Medical Association recommends that a doctor be present when assisted suicide is attempted. When a doctor hastens the death of a terminally ill patient, the end is not always easy or peaceful. In 1995, Dr. Pieter Admiraal, who has practiced euthanasia in the Netherlands for years, warned of the risk of failure associated with assisted suicide. After explaining the preparations that must be made for an assisted suicide death, he wrote: “In spite of these measures, every doctor who decides to assist in suicide must be aware that something can go wrong, with the result being a failure of the suicide. For this reason, one should always be prepared to proceed to active euthanasia. In other words, the doctor should always have at hand thiopental and muscle relaxant” (to administer in the form of a lethal injection). (1) In a study published in the February 2000 edition of the New England Journal of Medicine, scientists from the Netherlands, where euthanasia and physician-assisted suicide have been legal for years, found that such efforts frequently go wrong. The study analyzed data from two studies of euthanasia and physician-assisted suicide in the Netherlands (one conducted in 1990 and 1991 and the other in 1995 and 1996), with a total of 649 cases. In the Netherlands, the Royal Dutch Association of Pharmacy provides prescribing guidelines to prevent problems and increase the efficiency of assisted suicide. Yet there are still problems with reported physician-assisted suicides in the Netherlands Complications such as muscle spasms, extreme gasping and vomiting occurred in 7{01b0879e117dd7326006b2e84bcaac7e8fa1509c5c67baf2c9eb498fe06caff4} of assisted suicide cases.[NEJM, 2/24/00, p. 551, 555] In 18{01b0879e117dd7326006b2e84bcaac7e8fa1509c5c67baf2c9eb498fe06caff4} of attempted assisted suicides, other problems occurred and doctors decided to administer euthanasia.[NEJM, 2/24/00, p. 551, 554] Patients did not become unconscious, awoke, or lingered far longer than expected in 14{01b0879e117dd7326006b2e84bcaac7e8fa1509c5c67baf2c9eb498fe06caff4} of assisted suicides.[NEJM. 2/24/00, p. 555] Problems may be underreported since “it seems likely that the physicians whose patients experienced the worst complications would be most reluctant to answer questions about untoward events.”[NEJM, 2/24/00, p.583] Barbiturates are the most common substances used for assisted suicide in Oregon and in the Netherlands. Overdoses of barbiturates are known to cause distress: “Extreme gasping and muscle spasms can occur. While losing consciousness, a person can vomit and then inhale the vomit. Panic, feelings of terror and assaultive behaviour take place from the drug-induced confusion. Other problems can include difficulty in taking the drugs, failure of the drugs to induce unconsciousness and a number of days elapsing before death occurs.” [NEJM, 2/24/00 and Oregonian, 3/23/00] In most cases these incidents go unreported. Dr. Sherwin Nuland of Yale University School of Medicine emphasized the importance of the report of assisted suicide complications: “This is information that will come as a shock to the many members of the public – including legislators and even some physicians – who have never considered that the procedures involved in physician-assisted suicide and euthanasia might sometimes add to the suffering they are meant to alleviate and might also preclude the tranquil death being sought.” [NEJM, 2/24/00, p. 583] References: