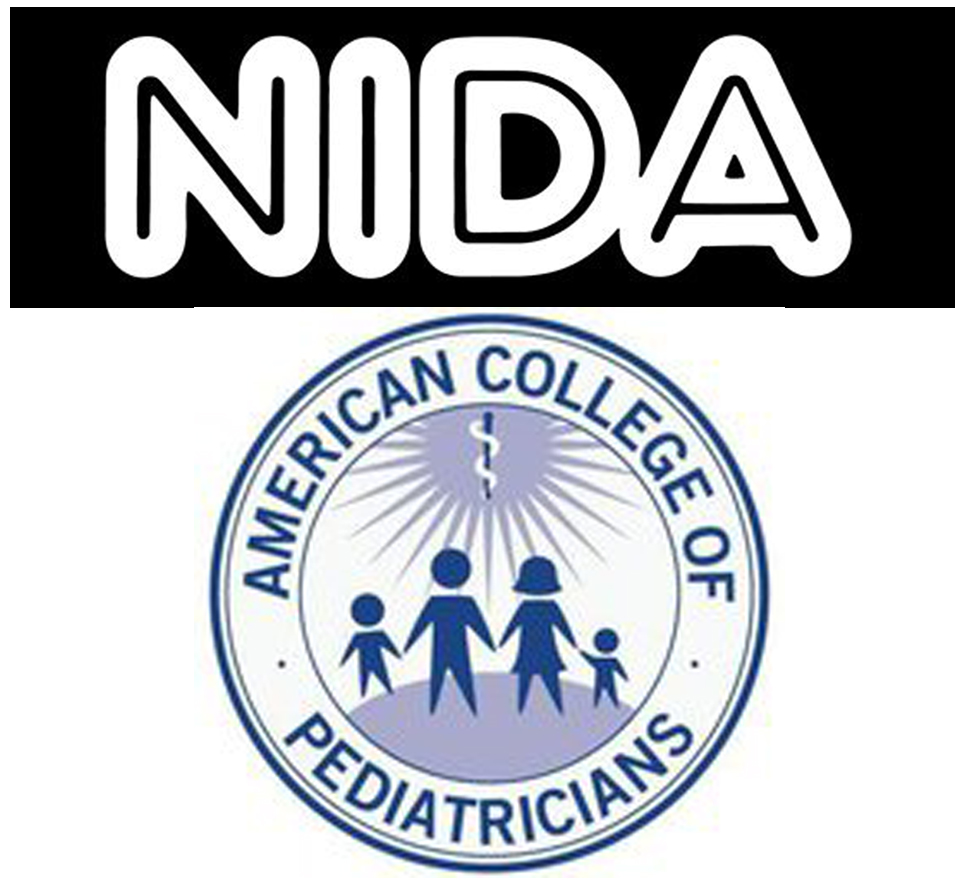 Researchers at the National Institute on Drug Abuse (NIDA) are sounding the alarm over a possible increase in unknown cognitive and behavioural harms that widespread cannabis use may unmask. A clinical review conducted by NIDA points out that as legalization of the drug for recreational and medical use spreads, vulnerable populations, especially adolescents, are exposed to toxic effects of the drug. “This is not a problem that is specific to marijuana,” Dr Volkow states. “Young brains and drugs shouldn’t mix. Period.”

Dr Volkow explained that young brains are engaged in a protracted period of “brain programming,” in which everything an adolescent does or is exposed to can affect the final architecture and network connectivity of the brain. “Drugs are powerful disruptors of brain programming because they can directly interfere with the process of neural pruning and interregional brain connectivity,” she added. In the short term, this kind of interference can negatively affect academic performance. However, long-term use can impair behavioural adaptability, mental health, and life trajectories. Currently, four states ― Colorado, Washington, Oregon, and Alaska ― as well as the District of Columbia have legalized cannabis for recreational use among adults. Twenty-three other states, plus the District of Columbia, also regulate cannabis use for medical purposes. As a result of this rising tide of legalized marijuana, Dr Volkow and colleagues believed a more focused and in-depth study of its use and consequences was urgently needed.

“Emerging evidence suggests that adolescents may be particularly vulnerable to the adverse effects of cannabis use,” the investigators write. Several studies, for example, have shown that individuals who use cannabis at an earlier age have greater neuropsychological impairment and that persistent use of cannabis from adolescence was associated with neuropsychological decline from the age of 13 to 38 years. This was not found to be the case when cannabis was first used in adulthood. There is also “fairly clear evidence” of structural alterations in a number of areas in the brain associated with exposure to cannabis, although some evidence suggests that associated drinking may explain some of the structural alterations attributed solely to cannabis use. In other words, alcohol or cannabis on their own are not good for the body, but put them together and you have a more potent toxic combination. MRI studies have also pointed to changes in neural activity among cannabis users, including inefficient processing during a working memory task. “There is both preclinical and clinical evidence supporting the view that cannabis use is associated with an ‘amotivational’ state,” said Dr Volkow. The term “cannabis amotivational syndrome” is distinguished by apathy(laziness) and difficulty with concentration. She also notes that long-term, heavy cannabis use has been associated with underachievement in terms of educational pursuits. On the other hand, it is also likely that diminished motivation could impair learning as well, inasmuch as tetrahydrocannabinol (THC), the active ingredient in cannabis, has been shown to disrupt reward-based learning. “Amotivation in chronic heavy users may also reflect the fact that cannabis itself has become a major motivator,” Dr Volkow writes, “so other activities (e.g., schoolwork) become demoted in the individual’s reward hierarchy.” What now needs to be established is whether higher concentrations of THC might make the risk of developing amotivation or even addiction more likely, investigators add.

There is also a lingering controversy over whether cannabis can trigger psychiatric disorders, notably, psychotic disorders and schizophrenia. “It is recognized that cannabis with a high THC can trigger an acute psychotic episode,” Dr Volkow writes. However, she cautions that the extent to which cannabis can result in schizophrenia is still being debated, although the consensus is that cannabis use in those at risk for schizophrenia can trigger the disease and exacerbate its course. Particularly at high doses, THC has been known to trigger schizophrenia-like positive and negative symptoms. Studies have also consistently shown an association between the use of cannabis and schizophrenia in cases in which cannabis use precedes psychosis.  “The association between cannabis use and chronic psychosis (including a schizophrenia diagnosis) is stronger in those individuals who have had heavy or frequent cannabis use during adolescence, earlier use, or use of cannabis with high THC potency,” Dr Volkow and colleagues observe.

Dr Volkow cautions that legitimate controversy remains as to how much cannabis use contributes to psychosis and the degree to which cannabis can precipitate psychosis in patients who have no genetic predisposition for the illness.

A number of key questions need to be adequately researched before a clearer picture emerges about the potential harms of cannabis use. The first is, how much cannabis use is too much? Dr Volkow noted that it is not clear whether the effects of cannabis among heavy users apply equally to those who use cannabis much more casually. The second is, at what age is cannabis use most harmful? It is fairly clear that cannabis does have negative effects among adolescent users, the researchers note, but it may also have negative effects in older adults who undergo changes in brain plasticity and age-related cognitive decline, both of which could make them more susceptible to toxic effects of the drug. “Physicians are in a key position to help prevent cannabis use disorder,” said Dr Volkow. “This will require that they screen adolescents and young adults for cannabis consumption and that they intervene to prevent further use,” she added. In cases in which the adolescent or young person already suffers from the disorder, physicians need to tailor their intervention on the basis of the severity of the disorder and the presence of comorbidities, such as anxiety or depression. “Science has shown us that marijuana is not a benign drug. The morbidity and mortality from legal drugs is much greater than that for illegal drugs, not because the drugs are more dangerous but because their legal status makes them more accessible and a larger percentage of the population is exposed to them on a regular basis,” she said. “The current ‘normalization’ movement presses on with complete disregard for the evidence of marijuana’s negative health consequences, and this bias is likely to erode our prevention efforts by decreasing the perception of harm and increasing use among young people, which is the population most vulnerable to the harmful effects of regular marijuana use.”

Commenting, Oliver Howes, MD, PhD, Institute of Psychiatry, King’s College London, United Kingdom, said he endorses the NIDA’s position on cannabis use. “I agree that there are potential issues around the use of cannabis, especially if you start it early, in adolescence,” Dr Howes said. “Early use seems to be what increases your risk of psychosis in particular, but it also seems to be associated with more marked effects generally, and we’ve certainly seen the effects of long- term, early cannabis use on the brain’s dopamine systems that are linked to effects on motivation, or rather the lack of motivation, that you commonly see in heavy cannabis users,” he added. Dr Howes also shared DFL and NIDA’s viewpoint that there is much that is not known about the long-term effects of cannabis use, especially heavy cannabis use. He also noted that “as a physician, I quite commonly see young adults who started using cannabis at the age of 12, 13, and 14 and who have come to see me in early adulthood with mental health problems.

“And yes, I do think early cannabis use contributes to the mental health problems that we see later on.”

The American College of Paediatricians urges educators and legislators to reject all policies that condition children to accept as normal a life of chemical and surgical impersonation of the opposite sex. Facts – not ideology – determine reality. 1.Human sexuality is an objective biological binary trait: “XY” and “XX” are genetic markers of health – not genetic markers of a disorder. The norm for human design is to be conceived either male or female. Human sexuality is binary by design with the obvious purpose being the reproduction and flourishing of our species. This principle is self-evident. The exceedingly rare disorders of sex development (DSDs), including but not limited to testicular feminization and congenital adrenal hyperplasia, are all medically identifiable deviations from the sexual binary norm, and are rightly recognized as disorders of human design. Individuals with DSDs do not constitute a third sex. (1) 2. No one is born with a gender. Everyone is born with a biological sex. Gender (an awareness and sense of oneself as male or female) is a sociological and psychological concept; not an objective biological one. No one is born with an awareness of themselves as male or female; this awareness develops over time and, like all developmental processes, may be derailed by a child’s subjective perceptions, relationships, and adverse experiences from infancy forward. People who identify as “feeling like the opposite sex” or “somewhere in between” do not comprise a third sex. They remain biological men or biological women. (2,3,4) 3.A person’s belief that he or she is something they are not is, at best, a sign of confused thinking. When an otherwise healthy biological boy believes he is a girl, or an otherwise healthy biological girl believes she is a boy, an objective psychological problem exists that lies in the mind not the body, and it should be treated as such. These children suffer from gender dysphoria. Gender dysphoria (GD), formerly listed as Gender Identity Disorder (GID), is a recognized mental disorder in the most recent edition of the Diagnostic and Statistical Manual of the American Psychiatric Association (DSM-V).5 The psycho-dynamic and social learning theories of GD/GID have never been disproved. (2,4,5) 4.Puberty is not a disease and puberty-blocking hormones can be dangerous. Reversible or not, puberty- blocking hormones induce a state of disease – the absence of puberty – and inhibit growth and fertility in a previously biologically healthy child. (6) 5.According to the DSM-V, as many as 98{01b0879e117dd7326006b2e84bcaac7e8fa1509c5c67baf2c9eb498fe06caff4} of gender confused boys and 88{01b0879e117dd7326006b2e84bcaac7e8fa1509c5c67baf2c9eb498fe06caff4} of gender confused girls eventually accept their biological sex after naturally passing through puberty. (5) 6.Children who use puberty blockers to impersonate the opposite sex will require cross-sex hormones in late adolescence. Cross-sex hormones (testosterone and estrogen) are associated with dangerous health risks including but not limited to high blood pressure, blood clots, stroke and cancer. (7,8,9,10) 7.Rates of suicide are twenty times greater among adults who use cross-sex hormones and undergo sex reassignment surgery, even in Sweden which is among the most LGBT – affirming countries.(11) What compassionate and reasonable person would condemn young children to this fate knowing that after puberty as many as 88{01b0879e117dd7326006b2e84bcaac7e8fa1509c5c67baf2c9eb498fe06caff4} of girls and 98{01b0879e117dd7326006b2e84bcaac7e8fa1509c5c67baf2c9eb498fe06caff4} of boys will eventually accept reality and achieve a state of mental and physical health? 8.Conditioning children into believing a lifetime of chemical and surgical impersonation of the opposite sex is normal and healthful is child abuse. Endorsing gender discordance as normal via public education and legal policies will confuse children and parents, leading more children to present to “gender clinics” where they will be given puberty-blocking drugs. This, in turn, virtually ensures that they will “choose” a lifetime of carcinogenic and otherwise toxic cross-sex hormones, and likely consider unnecessary surgical mutilation of their healthy body parts as young adults. Michelle A. Cretella, M.D. President of the American College of Pediatricians Quentin Van Meter, M.D.Vice President of the American College of Pediatricians,Pediatric Endocrinologist Paul McHugh, M.D. University Distinguished Service Professor of Psychiatry at Johns Hopkins Medical School and the former psychiatrist in chief at Johns Hopkins Hospital References: http://www.acpeds.org/the-college-speaks/position-statements/gender-ideology-harms-children Disclaimer: the views and opinions expressed in these articles do not necessarily reflect those of Doctors for Life International.]]>